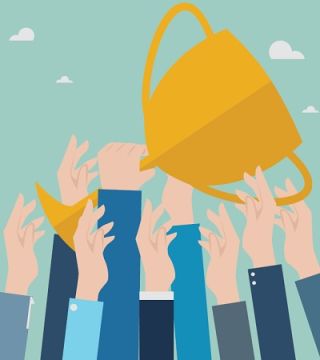 Gone are the days when AV’s competitive landscape was relatively cut and dried: consultants competed against consultants; integrators toughed it out in the bidding pool; and design/build firms either went up against each other, or, depending on the project, consultants as well. With a few nuances, that was pretty much that, and firms modeled their businesses accordingly. But with AV/IT convergence a done deal, and the general contracting community’s continued push to simplify complex construction processes, competition is presenting itself in several newer forms, requiring traditional AV companies to rethink how they go after work.

Craig Janssen, managing director at technology and acoustical design consultancy Idibri, based in Addison, TX, and president-elect at InfoComm, identifies several newer competitors, among them clients themselves. “Many owners have developed in-house levels of skill that is as good, or sometimes, considerably better, than the [companies] they can hire, simply because they’re highly focused on the scope [of work],” he said. And when these organizations don’t have the skills in-house, they still manage entire construction projects—acting as the prime and subcontracting out the work. Or, they enlist the services of an owner’s representative, who basically does the same thing. The challenge here is that AV professionals find that the packages they’re proposing are being divided up. “We tend to say, ‘We’ve got all these skills, you should hire us for all these skills,’ and the owner says, ‘Well, if I can get an electrical team to hang the video monitors on the wall for cheaper than I can get you to do it because they’re already on the project, then that’s who I’m going to sub to.’”

Does this mean that AV firms are being nickel-and-dimed on an increasing basis? Janssen prefers not to view it that way, even though some may feel like this is what’s happening. “I think, from the owner’s or the procurement team’s side of the table, they’re saying, ‘We simply want the best resource to solve this problem,’ and if that means splitting it into a dozen pieces, they won’t hesitate to do that,” he said. At the same time, this isn’t every client’s approach; some may still prefer to place all of the responsibility on the shoulders of one provider. “It will go both ways, but at the end of the day, it’s being driven by the owner’s much deeper involvement.”

Clients have also partly driven the trend toward manufacturers offering design services related to their equipment. Janssen cites loudspeaker manufacturers as a case in point: “There are almost no loudspeaker manufacturers nowadays where you can’t go to the factory and get them to design the speaker system for free,” he said. “In the consultant world, that’s a no-no, but the reality is the reality.” And, it’s a reality across industries, where manufacturer-level applications groups provide design services to end clients. In AV, this offers design/build firms the benefit of leveraging design services from manufacturers, while presenting a competitive challenge to traditional consulting organizations that rely on their design fees to remain in business.

Craig Janssen, managing director, Idibri. Large mechanical, electrical, and plumbing (MEP) firms have also become a strong competitive force because of the synergies that exist between their core businesses and related fields; if they’ve already developed an IT department in-house, for example, the AV market is a logical next step. These firms are also particularly challenging to compete against simply because, as Janssen alluded to, they’re brought into projects from the get-go.

Wendy Boosalis is vice president of technologies at one such firm, Parsons, headquartered in Minneapolis, MN. With its roots in electrical contracting, Parsons made its foray into low voltage by offering structured cabling, starting in 2005. From there, the company expanded into AV, security, and networking, as well as broadcast and IPTV. “The same people in ownership or leadership, or in decision-making roles at general contractors, generally have control over all of those systems, so they’re looking for one place they can go to,” she said. She relays that the organization employs almost 1,000 people, including 180 in its technologies group, and says that it’s the diversity of systems the company offers that makes Parsons an easy choice for general contractors seeking to minimize their own administrative costs by sourcing multiple services from one company. And when it comes to large, complex construction projects, having access to a large workforce is definitely a benefit: “We have the advantage of having a labor force available to install on large projects, and I think that’s where we compete well against others.”

Greg Rushton, associate with Mulvey & Banani International Inc. Mulvey & Banani International is an electrical and electronic consultancy based in Toronto, Ontario, Canada. In 2007, Greg Rushton, an associate with the firm, launched its Audio Visual Design Division. According to Rushton, Mulvey was one of the first professional engineering firms in Canada to embrace AV consulting services and now others in the greater Toronto area are following suit, creating an additional source of competition for traditional AV consultants. “We’re coming to the table offering multiple technology services. Moreover, we have the advantage over traditional AV consulting firms by providing in-house integration and coordination, which is paramount in today’s market with unified communication and converged network strategies,” he said. He adds that MBII is continuing to push the envelope with competitive project delivery methods such as design-assist relationships with contractors, P3 (private-public partnership) and its Canadian counterpart, DBFM (Design Build Finance Maintain) projects.

For larger AV firms, the competitive solution has generally been to expand their scope of offerings by recruiting those with, for example, the necessary IT skills to build a dedicated department. But this isn’t the only option out there; when you don’t have the resources to expand in-house, partnering with others is another approach.

Jimi Gonzalez, manager of the technologies group at ION Electric. Jimi Gonzalez spent 16 years working in traditional AV integration before bringing his AV expertise to electrical contracting. For the last four years, he’s been the manager of the technologies group at ION Electric in Cooper City, FL, where he oversees projects involving AV, networking, and security. Like Boosalis, he says being able to draw upon the vast resources of an electrical contractor’s business model is advantageous in winning projects. But he also notes that AV integrators, especially small to mid-sized firms, are well-positioned to partner with electrical contractors that may have technology groups in some shape or form, but may not possess all of the specialized skills that a traditional AV house has under its belt.

“If I was an AV integrator, I would find an electrical contracting firm with a technology division that focuses on networking and then work with them,” Gonzalez said. “Basically, you let them do the rough-in and the cable install, and you handle the programming and commissioning and the final turnover of the system.” He says that if he was still running a traditional AV firm, this would be one way he would overcome the issue of human resources— namely, using the right people for the right task. “In traditional systems integration, the challenge is always: you’ve got the cable install, and then you’ve got your commissioning and your programming and that piece of it, and it’s always a challenge staffing-wise, because they’re two completely different types of people—the guys that install cable aren’t particularly good at handling programming and vice versa. So if you have a partner that you can count on to handle that cabling install for you, you just made your life incredibly easier.” In essence, a firm that’s structured in this way can focus solely on developing the best techs, programmers, and audio/video experts, “and that’s all they need to be doing. You’re not burning out a really talented tech by having him pull cable for a month. You can hire the best and use people to the best of their abilities.”

Wendy Boosalis, vice president, Parsons. While there’s no question that traditional AV firms are facing significant challenges in a shifting competitive landscape, Janssen reminds us that if companies focus on creating experiences rather than selling products, they’re in a much better position to succeed. “Creating a better experience that is tied to the owner’s business case is really the issue. That’s how you get closer to the head of the table. Because if you’re just talking widgets, no one cares,” he said. He also believes that as AV’s business model changes, its capacity to address these business cases is not only good, but getting better. “Because for clients––regardless of market type–– the competition is intense. And we have the capacity to improve communication, and to improve experience. That is a soft skill that can be priced at a much higher price, ultimately, than just running cable. And we can do that, I think, better than any other industry, period, bar none, hands down.”

A number of states throughout the U.S. are now requiring a professional engineer stamp on all electrical systems, both high voltage and low voltage, giving MEPs a leg-up when they’re offering AV services. “This is not trivial––this is a big, big deal,” said Craig Janssen, managing partner at Idibri. “Because the bottom line is that you simply can’t work, from a design point of view, on a project if you don’t have a P.E. on staff.” So what do you do about it? “The outcome, of course, is that we have to get P.E.s.”

Janssen relays that his firm has two P.E.s on staff, and predicts that both strictly design and design/build firms will be forced to recruit people with this certification. “Certainly in the consulting field I don’t think there’s much choice––you’ve got to do it,” he said. “Or, we’ve got to go to war with the electrical engineering community on licensing state by state, which is a very difficult war to have.”
––C.H.