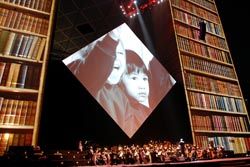 According to Jonathan Gadalla, project manager for the vertically-integrated show, interest in live music is running at an all-time high in the desert, with international legends such as Iron Maiden, The Prodigy and Incubus heading a Festival line-up that will appear on one of the largest stages in the region. Also included are Junkyard Groove, the winners of SHAMAL (a competition for unsigned rock bands in the region).

Gadalla believes that the world is starting to take notice now that the Middle East is not only attracting leading names in the world of rock, but will also stage a second F1 Grand Prix (in Abu Dhabi) in 2009 - which will offer further opportunities for the event production industry.

He sees the Desert Rock Festival, promoted by CSM, as a win-win situation for the show; for not only will it inspire the region's budding 'axemen', but the increased production values are providing a boost to local rental staging and set design companies, which is reflected in the interest in Event 360 - as well as its sister show, MUSAC (for which Gadalla is also responsible).
In addition to the bands, audiences - which last year numbered 8,000 and this year are expected to rise to 10,000 daily, also expect world class facilities. "Event 360 will demonstrate the development in the local service sector that concerts of this size are forcing." Event 360 forms part of the PALME Middle East show, which takes place at the Dubai International Exhibition Centre from May 20-22, 2007.