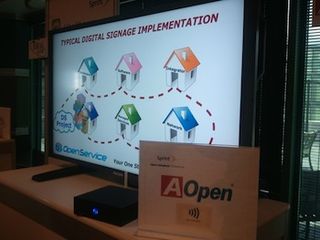 AOpen America has announced that its OpenService will be utilized in Sprint retail locations, with a roll out to Sprint's entire retail chain occurring by next year.