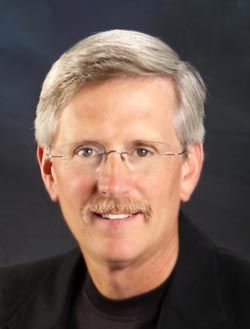 SPL founder Will Parry has returned to the company.
Even these endeavors could not divert Parry's attention from the industry he's been a part of since he was a kid in a garage band, building his own PA equipment. "I missed all the people and my friends in the AV business," Parry said. "That led to a series of conversations with my old partners Chad Gillenwater and Fred Curdts. At one point I told them I was thinking about getting back into the AV business, and here I am today."

Parry, Gillenwater, and Curdts founded SPL in 1992, subsequent to their innovative launch and development of Maryland Sound's contracting division beginning in the mid '80s. During his tenure at SPL, Parry was recognized worldwide as one of the leading industry executives in the large-scale audio performance market until his retirement in October 2002. Unable to completely disconnect himself from the systems integration industry, Parry is now working with SPL's Orlando office, where he has been reunited with Phil DiPaula, SPL's first employee and another friend from Parry's Maryland Sound days. As senior vice president of Southeastern Sales, Parry will focus on selling commercial audio and video systems in Florida and the Southeast U.S.

In the five years since he left the business, Parry notes that the systems integration industry has matured significantly. "It's become an industry," he said. "Audio and video technology have really just blossomed and people's expectations have gone right along with it, and rightfully so. When you can go home and have a wonderful experience on a surround system, you expect similar performance either in a boardroom or a performance venue or wherever you experience audio and video systems. You expect it to be spectacular. That has really led to the growth of our industry. These systems can do so much more for people now than they could in the past that they have real value. That's made the industry what it is today. It's a long way from the 1970s when you could hardly hear in some of these venues and there was no video at all, to where we are today."

Parry anticipates that the industry will continue to grow as its products and services add even more value to clients' lives and businesses. "SPL has done a marvelous job, they have grown the company," Parry observed. "It's a professionally run and well-managed international company."

Adding that the systems integration business is unique in its tendency to attract those who are passionate about its offerings, Parry counts himself among those who find the work very rewarding. "I enjoy the business. I enjoy the camaraderie. And if I can keep that going, I will keep doing this for as long as they want me. I would like to continue my relationship as long it's good for SPL and for me, and I can continue to bring something to the table that's good for our clients."