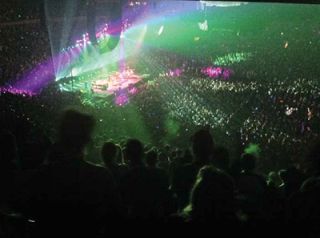 Music service provider nugs.net offers musicians a turnkey solution for distributing their live music online. After working with hundreds of artists over the last 10 years, nugs.net has become a distribution hub for bands that want to give fans live, high-quality, online access to their concerts. The nugs network delivers downloads of recorded concerts for more than 1000 artists, including Metallica, Phish, Dave Matthews Band, and Red Hot Chili Peppers, as well as the nation’s premier festivals such as Bonnaroo Music Festival, Austin City Limits Music Festival, and Lollapalooza. nugs.net also offers free music channels, and several artists even have their own private label channels within the nugs network.

Since nugs.net started using KulaByte, the live streaming portion of their business has grown so much that they have
purchased their own KulaByte encoders. “We’re focusing more on live streaming now, and in fact, we expect to do twice as many webcasts this year than last year,” nugs.net CEO Brad Serling said. Pictured above is footage from a dynamic Phish concert, available via LivePhish.com.

One such private label channel, the first of its kind, is LivePhish.com. Launched in December 2002, the Live Phish Downloads service set the standard for private label, direct band-to-fan, online live-music distribution. No band had ever before offered every note it played for download within 48 hours of each performance. Phish outsourced its entire online music distribution business to nugs.net, including e-commerce, user registration and authentication, website hosting, content delivery, encoding, live concert recording, postproduction, customer support, and royalty reporting.

When the legendary band Phish was slated to play Madison Square Garden on New Year’s Eve 2010, it turned to its partner nugs.net to stream live webcasts of the shows, via pay-per-view, and hosted on LivePhish.com. For those shows and the first few live streaming events in 2011, nugs.net used out-of-the box encoding solutions, which often crashed and proved to be unreliable.

“At the time, live streaming was relatively new for us,” said nugs.net founder and CEO Brad Serling. “Our primary business was selling downloads of last night’s show. Live streaming was not one of our common services, so we hadn’t yet perfected the process or the technology.”

When it came time to plan for streaming live Phish concerts in June 2011, nugs.net knew it needed a more reliable solution than it had been using.

An encoding solution that keeps the music flowing

Before the band Phish played Madison Square Garden, it turned to nugs.net to stream live webcasts of the shows, via pay-per-view, hosted on LivePhish.com. “We’ve got thousands of people paying between $20 and $55 each to watch these shows live, so we can’t afford to have the stream go down. The encoder is the first line of defense. If the encoder goes down, the whole concert goes down,” Serling said. “Not only was KulaByte reliable, but we loved the video encoding quality, even at lower bit rates. It was much smoother than other solutions we’d seen. In addition, Haivision’s KulaByte team gave us exceptional handheld support for the entire event.”

By the time Phish’s four sold-out nights at Madison Square Garden rolled around on December 28-31, 2011, nugs.net was more than ready. A 10-camera HD video crew and a director shot the live broadcast. The video crew handed off HD/SDI video with embedded audio to nugs.net, whose team was set up immediately behind the stage. The primary stream went into the high-definition KulaByte encoder, which captured the video feed and encoded it to H.264. The single high quality stream went out to the Akamai content delivery network (CDN). From there, high quality video streams were accessible to paying end users to watch the show on any desktop, laptop, or mobile device. End users purchased access to the concert stream from LivePhish.com, and from there were redirected to Akamai over a secure protocol.

In 2011, nugs.net did 30 live webcasts, 26 of which were handled with Haivision’s KulaByte encoders.

Since nugs.net started using KulaByte, the live streaming portion of their business has grown significantly; nugs.net has since then purchased their own KulaByte encoders.

“We’re focusing more on live streaming now, and in fact, we expect to do twice as many webcasts this year than last year,” Serling said. “Every upcoming webcast will certainly include our KulaByte encoders. We invested in Haivision’s KulaByte because it’s the best.”