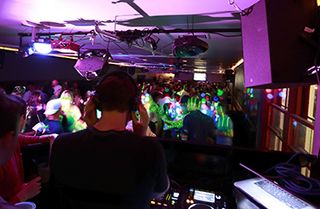 As a popular dance club near the campus of the University of Virginia, Trinity Irish Pub garnered a great amount of attention when word spread of its upgraded sound reinforcement system, featuring HARMAN’s JBL loudspeakers and Crown amplifiers. Systems integrator Crutchfield Corporation of Charlottesville, VA, designed and installed the unique system.