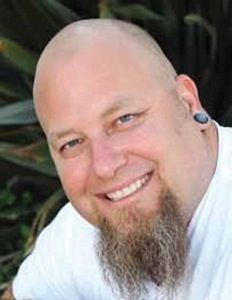 After much speculation about his future, Jeremy Burkhardt has ended his brief—and obviously premature—retirement from the custom audio business with the purchase of a respected, but somewhat little known wireless audio technology company called Soundcast.

Jeremy Burkhardt.
I spoke with the former CEO of SpeakerCraft today and learned that his attraction to the Chula Vista, CA, brand was its depth of technical prowess and the opportunity he envisioned for himself in helping market these products and help develop new ideas.

“When I looked at Soundcast I saw five boxes in my mind: DSP, amplification, battery technology, speaker technology, and Bluetooth technology,” Burkhardt said. “I don’t think there’s a company that exists right now that has those technologies all working as one like Soundcast has.”

To convince Burkhardt to buy the company, the Soundcast team presented “proofs of technology” related to those areas that made him realize that there wasn’t any product that he was currently dreaming of that I couldn’t be made there.

“You just need to get a little creative, and you start to think about what all is possible,” he said. “I had to go all in.”

He said he sees the traditional multi-room audio business changing rapidly, and Soundcast is ideally positioned for this change. “A centralized multi-room system doesn’t necessarily have to be that anymore,” he said. “You’re going to see us out at the forefront of making products that make installers lives easier, but there are also turn-key, out-of-the-box products that anybody could use, to somebody out in the backyard who just wants to open up a box, set up their speaker and through their phone, just have their speaker work while they barbeque, to someone who wants to get more complicated. We’ll get together with our dealers and ask them what feature sets we should have, and we’ll go and figure out what it should be.”

But Burkhardt hopes to broaden is company reach beyond custom and into very untraditional area. “The pool and landscape guys—everybody that touches the outside of a house, they’re pretty utilitarian and very few things that go outside are fun,” he said. “And we’re a fun product that any one of those trades would like to supply if they can get their hands on it."It’s that ability to make his own decisions again that seems to energize Burkhardt. “I think that corporate America sucks, and I’m really excited to have a small, agile company where we can just focus on products,” he said. “I want to be a catalyst on an idea, and you can do so much of that as a smaller company. A lot of the greatest parts of a business happen when you’re smaller. When you get big, it gets less fun. What I’m excited about is that we’re not just in business to be capitalists, but we’re in business to innovate and to give the people who are in this right now a helluva run for their money.”