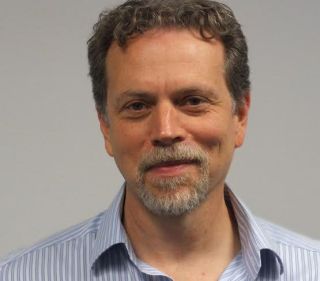 John McDowell, Robe Lighting's New Regional Sales Manager of the Central United States
Due to higher sales volume and a wide range of popular products, Robe Lighting is expanding its reach in the U.S. under new CEO Bob Schacherl. This is the second new sales appointment to be announced in recent weeks in order to provide Robe clients with the sales support and enhanced customer service that is expected.

McDowell said, “I’ve been watching Robe over the years and am impressed with their standards of product performance, innovation and quality, and I was excited when Bob Schacherl joined the company. I enjoyed working with Bob at both High End Systems and Vari-Lite, so I’m thrilled to be helping him and the team take Robe to the next level.”

Bob Schacherl commented, “I’m so pleased John has joined the Robe sales team. He brings a wealth of experience, market knowledge and relationships to the company. In addition to being a very personable guy, John possesses high level technical skills which is a perfect combination of characteristics for building trust with clients and driving sales. I look forward to supporting him in his new role in the Central region.”

With McDowell’s addition to the team, the four Robe sales territories in the U.S. are covered with New York-based Kevin Loretto overseeing the Northeast, Jerry Seay, located in Fort Lauderdale managing the Southeast, and the recently announced Las Vegas-based Thommy Hall handling the West.

The sales team is further strengthened by the two current Segment Managers. Heather Busch is focusing on business development and the product requirements of lighting designers specializing in the TV, events and concert touring markets. She will partner with the regional sales team for specific demos and other events.