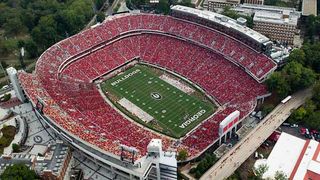 Comprehensive Technical Group (CTG) is in the process of building a new control room for Sanford Stadium on the University of Georgia campus to meet the new requirements set forth by the SEC Network. The new control room features equipment from Sony, Ross, and Evertz, including the Ross Acuity 3 Switcher, the Sony HSC300R Camera, and the Evertz EQX platform Hybrid Routing system. These upgrades will allow for linear productions and non-linear editing from the UGA campus, including being able to support six cameras with additional audio channels.

Sanford Stadium hosts the University of Georgia Bulldogs in Division I of the NCAA. It holds 92,746 seats and is the 11th largest stadium in the country. Since its opening in 1929, the stadium has undergone numerous expansions over the years. However, all have been planned to fit with the existing architecture. In addition to the control room changes this year, the UGA athletic board will also be renovating the west side of the stadium, relocating the locker rooms, constructing a new plaza, and adding 500 seats.

CTG has been working with the University of Georgia for nearly seven years, and this will be the third control room that they have collaborated on. “CTG is excited to be a continued part of the incredible growth at Sanford Stadium,” said Raynelle Buggs, CTG account manager. “We look at UGA as a part of our family.”