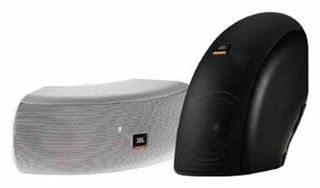 The demarcation between AV and IT infrastructures has become blurred as the AV industry has increasingly adopted standard digital data networking and transport protocols. That’s good news for AV systems consultants and integrators, who are harnessing the technology to design and implement ever more complex systems in sports venues.

Kevin Ivey, general manager at Peavey Commercial Audio, offers the audio system at the newly renovated BC Place in Vancouver, BC, Canada, as an example of how emerging protocols are enabling functionality that was not previously possible (see sidebar). Peavey was brought into the project because of the company’s support of Audinate’s Dante audio transport protocol.

The BC Place project included Lab.gruppen power amplifiers and Peavey’s MediaMatrix NION DSP, with the bulk of the gear suspended in a catwalk high above the playing field. “The consultant wanted to design the system so that the facility audio operator could monitor through a back channel the actual performance of the amplifiers and the speakers. Dante—or any TCP/IP compliant protocol—was a more efficient concentration of those multiple audio transport streams over fiber,” said Ivey.

Peavey, a member of the AVnu Alliance, is watching the development of the AVB protocol, which promises interoperability between audio and video networks. “We see Dante as a pathway for us to AVB,” said Ivey.

In the meantime, if an integrator has access to a gigabit ethernet network at a sports venue, said Ivey, “We provide products that allow you to distribute, control, and process, and get that signal out to the amplifiers. Then it’s a matter of installing your audio gear in what was maybe your phone or network IDF and you’re off to the races.”

Bradford Benn, applications expert at Harman International, agreed: “Before, where it wouldn’t have been financially feasible to put an amplifier all the way out in the left field concession stand, now you just need a network drop—that’s relatively inexpensive—and you can sprinkle audio throughout the venue.”

He continued, “It allows the integrator a less costly upgrade path. It can lower some of your labor costs and the time spent to troubleshoot.”

As for consultants and system designers, said Benn, “They are doing everything— the phone system, point of sale, security, surveillance. Being able to put it all onto one large network and work with one large network vendor becomes much easier.”

In Benn’s experience, an increasing number of stadium and arena projects are adopting converged networks, driven by two factors, in addition to the technological advances: “The owner doesn’t want to pay for two infrastructures and to manage two networks. The idea of having it under the IT department to manage gives facility owners more confidence in the reliability of the system.”

On the video side, networks have enabled seamlessly synchronized full-motion video projection onto the ice at hockey arenas. A recent installation of 12 Barco projectors at Montreal, Canada’s Centre Bell also illustrates how a network can enable system diagnosis.

With the projectors mounted far above the ice, remote access was a factor in Barco’s selection for Centre Bell, according to Scott Stremple, director of business operations and entertainment for Barco North America: “With remote diagnostics you can monitor an entire installation and be confident that when the show starts you are ready.”

Barco uses WiFi to setup and troubleshoot its projector systems. The company launched a new GSM module at InfoComm12 that will send text messages if there is a problem and allow remote system diagnosis.

From its network operations center, Barco already monitors thousands of cinema projectors worldwide, noted Danny Sergeant, Barco’s North American vice president, and Canadian managing director. “We can predict when a certain projector needs a filter change or when the lamp needs to be replaced. We really are doing predictive maintenance and vastly improving the uptime of the equipment.”

Riedel, also part of the AVnu Alliance, has introduced an AVB card for its current line of matrixing intercom products that promises a new system infrastructure in the future, according to Jeremy Lommori, a system engineer with the company. Presently, comms panels are wired back to a central frame, which may in turn be connected via fiber to other frames. But with an AVB network, he said, “You could potentially have two or eight signals on a remote node, all tied back on an AVB-capable network, and they would all interact with each other. You don’t need to have a central frame anymore.”

He commented, “From a cabling perspective that’s much easier and much more cost effective. From a quality perspective, using ethernetbased signal transport, it’s much more flexible, and with the AVB standard on top of it, the audio bandwidth is remarkable. It truly sounds like the standard AES connections that we’re using today running over Cat-5 or coax directly back to our frames.”

In the past, fiber networks, while offering high bandwidth, have typically been point-to-point. But for MediorNet, which supports any kind of topology, Riedel has changed that paradigm, said Lommori, offering the potential for more decentralized fiber network designs.

“MediorNet is based on several frames interconnected on fiber. Once a resource comes into that network, then it’s available to be output anywhere else in the network in real time. The path that it takes and how it gets there is not something that the user needs to worry about. It can be output on multiple frames, just like if you were using a router, but it’s over great distances,” he said.

There are caveats to the bright future of converged networks in stadiums and arenas, according to Benn. “The AV integrator doesn’t get to control their own destiny in terms of when things are turned on and how things are configured, so it makes it much more complex for the installation process.” On a recent project, he related, “I was standing there on Wednesday but the network connections weren’t made until Thursday.”

JBL Professional’s Control CRV offers numerous mounting options and a range of configurations. The Control CRV’s contemporary, quarter-round design makes a modern design statement, and this sleek appearance serves a notable functional purpose, as the Control CRV is combinable into half-round, three-quarter-round or a full, 360-degree round arc cluster that can be suspended from the ceiling via a fan pole assembly. A single Control CRV mounted at a wall-wall or wall-ceiling junction physically curves across the junction, acoustically coupling with the adjacent surfaces, widening the sound field, and producing an increased sense of sonic spaciousness.

The QSC AcousticDesign AD-S82 is a full range, surface mount loudspeaker with contemporary styling. The speaker incorporates QSC’s IntelliDock intelligent mounting system, combined with the advanced directivity rotatable waveguide. Available in black or white, these weather resistant enclosures can be painted to match any specific decor. With both high output and standard versions, the AD-S82 is a two-way system housed in a ported enclosure made from injection molded, high impact polystyrene.

The WR (weather resistant) series products offer flexible system configuration, as well as two exposure ratings to comply with IP55 and IP56 environmental ratings. D.A.S. will initially offer three base models, a dual 6-inch (passive), a 12-inch two-way (passive/biamp), and a 15-inch two-way model (passive/biamp). Each of these models will be offered in two exposure ratings: covered exposure (CX), for applications where cabinets are covered or protected; and direct exposure (DX), where cabinets are unprotected and directly exposed to the environment.

The Sonance Landscape series system has been designed to deliver audiophile- quality sound outdoors. The two-way satellite speakers, the LS67SAT and LS47SAT, feature 0.75-inch integrated tweeters and power handling up to 25 watts at 70V. The LS67SAT incorporates a 6-inch woofer, and the LS47SAT has a 3.5-inch woofer.

PROJECT/LOCATION
BC Place
Vancouver, BC, Canada

Two Peavey MediaMatrix NION n3 processors deliver the program audio via the Dante transport protocol to 150 power amplifiers, while six NION nX processors provide control and monitoring of individual amplifier outputs back to the system operator. In addition, the MediaMatrix nControl allows the system operators to monitor the actual audio from any amplifier in any zone in the facility, and passes control information to the various NIONs in the system through project linking, which allows the system to be broken apart into logical sections that can operate independently of one another. A custom control interface developed within NWare software allows the system operator to choose, from a graphic representation of each of the line array hangs and the scoreboard clusters, the high, mid, or low frequency output of each power amplifier, and confirm in real time that the amplified signal is indeed being output by the power amplifier. This is accomplished by ducting the post-processing and post-amplification signals to high current analog-to-digital convertors, and routing and controlling those streams via NWare. The outbound streams are then concentrated back down the same fiber links that supply the source audio content.

A new press box and audio control room on the north side of the stadium required the university to update many of the antiquated systems throughout the facility. The three primary systems that were brought up to date included the in-house broadcast cabling system, the audio system front end-DSP, and CATV distribution and displays.

In House Broadcast Cabling: All of the in-house broadcast camera positions throughout the facility are multi-functional. Each location has (1) or (2) SMPTE, ST single mode fiber, coax, and multi channel audio connections running back to the in-house video replay room. CATV and Displays: The front-end and distribution were designed to support the in house HD-SDI broadcast, network trucks HD-SDI feeds, satellite, and Time Warner digital cable. Encoding of the HD-SDI signals is provided by six Contemporary Research QMOD HD-SDI modulators before being launched to more than 150 drops located throughout the facility. Audio System: A layer-three star topography network was added for distribution and control of the audio system’s new DSP and amplifiers. This is a dedicated network (not converged), giving the facility’s audio and production departments complete and independent control of their own network. From the control room, they can completely re-configure the audio signal distribution, system configuration, monitor, and control the devices on the network.