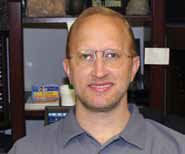 SCN: At what point in your life did you realize you were destined for a career in audio and video technology?

Mike Hedden: I was a touring musician in the early ’80s with the last years playing with a gospel band, Truth. Truth was very cutting edge in that we were taking a full band, vocal line, and advanced technical systems into churches that typically only had an organ and piano, and the sound system was four to eight channels of voice-only public address. A drum set, guitars you plugged into the wall, and a synthesizer was unheard of! I helped set up and tear down the sound system, in addition to my primary job as a trumpet player, so I learned a lot during those years.

I enjoyed that time on the road immensely, but knew long term the road wasn’t for me. I moved to Gainesville, GA after marrying my wife Anita, and helped a friend start a music store. I apprenticed and eventually became a member of the Piano Technicians Guild and did quite a bit of concert piano tuning work. In addition to my touring years I had mixed monitors at a local hall for several leading country acts. And through our music store I met J.T. King who had been the former technical services director for Crown. This eventually led to us starting a contracting company, one with a focus on houses of worship. King’s training helped accelerate my learning curve and introduced me to SynAudCon. In fact, I have the distinction of being the person who sponsored Pat Brown’s first SynAudCon seminar! The truth is I have met several dear friends through SynAudCon and I’m very proud to be a part of the he(a)rd! My overall technical education is a combination of the school of hard knocks, SynAudCon, and a countless number of manufacturer seminars.

Hedden’s AV integration firm, dB Audio and Video, specializes in houses of worship projects, such as this installation for Perimeter Church.

SCN: Houses of worship have always been a significant part of your work at dB Audio and Video. What is the biggest change you have seen in this market segment over the span of your career?

MH: Demands and expectations of the customers. When we started contracting 25 years ago a church had a small analog mixer, no wireless mics or monitors, and the loudspeaker system was voice only. The only video graphics being used were either an overhead transparency projector or Kodak Ektachrome slide projectors. Now we have complex technical presentation systems that rival almost anything on the market. This has its upsides, but also downsides. The upsides are we can be more effective in delivering the message. That said, having worked on several hundred projects over the years, technology doesn’t guarantee a “Field of Dreams” scenario—i.e. build it and they will come. A black box warehouse room with chest-caving kick drum, “Who Wants to be a Millionaire” lighting, and retina-burn video systems doesn’t mean lives will be transformed. There’s a very deep question that has to be asked and that is what is the purpose of the church? We spend massive amounts of money for things that we are told are essential for the “contemporary” church. I think we must be careful that we are not guilty of doing things because we can, not necessarily because we should.

SCN: Looking ahead, where do you see the worship market headed in the next five years?

MH: The age of ginormous-dome spaces is over. It simply isn’t economically feasible, and now technology exists allowing multiple campuses to be linked. High-definition video is driving much of what is expected. Your typical congregant watches HD video and listens to pretty serious audio, and they expect that in their church auditorium. It is common for a venue to have an audio system vastly inferior to the video system. This in no small part is due to the current line array products and subwoofer systems that are anything but accurate and roll off at 6-8kHz on top and 50-60 Hz on the bottom. Their home theater systems sound much better!

SCN: How has your experience as a contractor guided your decisions at Danley Sound Labs?

MH: One of the things I love about audio is it connects me to my musical side. It is always a blast to make folks smile and move them to a happy place! I’ve heard it said that no one ever leaves a show humming the kick drum, but rather the melody of the song. Great melodies are comprised of great notes and rests! In loudspeaker designs it is ultimately about fidelity, bandwidth, and pattern control—keeping the energy on the listener and not on the room. Every solution we make at Danley Sound Labs comes from that perspective; more fidelity to the ears, and rest to the room. Far too many loudspeaker systems on the market today are like an immature musician, playing so many notes they aren’t really saying anything. Real innovation is self-evident and divine by design. Just listen and it’s obvious!