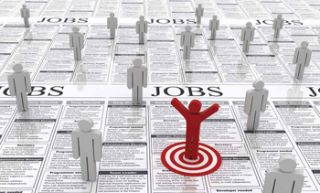 They are the two words every job seeker longs to hear: You’re hired! But if you’re on the hiring side of the table, you’ll want to hear a lot before you utter those words, about experience, references, and character. So where does the hunt for the right employee start?

The operative word is culture—what your people say about your company—said Kelly McCarthy, president of Genesis Integration in Edmonton, AB, Canada. “It is critical to manage your culture and to hire for it. There are fewer and fewer competitive advantages left in this industry, and one of those is for your employees to be aligned and to row in the same direction. Generally, if someone doesn’t suit the culture they will self-select and leave or you will offer them the opportunity to work for someone else.”

Genesis, which currently has over 100 employees in six locations, hires for culture and for value fit, benchmarking top candidates and asking them to take various personality tests depending on the job, whether in sales, project management, or administration. Testing, he said, is a growing trend. “There’s a cost associated with a bad hire; your investment in testing is fairly small compared to the cost of a bad decision.”

A candidate has to suit the job, McCarthy continued. “A sales person with patience is a death sentence, for example. You cannot have patience and be a sales person because you’ll never get the order. All top performers in our company who have been benchmarked score around one area. If somebody doesn’t score close to that, there’s a chance they won’t fit in. We have found this to be true. Testing is one of several criteria and when we ignore testing we find that the person doesn’t last.”

Character should be the number one hiring factor, said Tom Maricle, operations manager at CCS Presentation Systems in Scottsdale, AZ. CCS has about 115 employees in its Arizona/New Mexico offices and additional offices throughout the country.

“You want the right person for the right position,” he explained. “And make sure you pose the right questions to get some insight into a candidate’s mindset and commitment to job performance. Sometimes, a prospective employee will talk about how bad their last company was, and it always makes me think that they will say the same thing about us down the road. Character testing is a little bit of an art: some can fake character but you have to have a good series of questions and drill deeper.”

CCS Scottsdale’s hiring method is defined by the type of person sought by the company. “If the open position is a trade position, such as for an install or service tech, we try to do a lot through referrals because the referring employee then has a personal stake in it,” Maricle said. “Otherwise, we get better results from the more trendy media such as CraiglistPLUS .”

For hiring advanced project engineers and managers, he uses the resume database on careerbuilder.com. “Typically, I check out the candidate’s previous year for experience and look at skillsets. For AV jobs, I want to see that Crestron, AMX, and/or CTS certification has been posted on there. It gives me a starting point to know what’s in their repertoire and it’s a clue to who they are.”

Hiring through referral or from within is a priority at SK C Communication Products in Kansas City, KS . “A lot of hiring is based on those employee or vendor referrals, said Kimberly Holton, SK C human resources recruiter. “When we need new candidates, we first post internally; we do a lot of hiring from within.”

The integration company has about 235 employees in 17 states. “We also use LinkedIn as a networking hiring resource, posting job opportunities on LinkedIn groups in various cities,” she said. “And in addition to posting job openings on our own website, we post on official state websites such as www. kansasworks.com. We also use Indeed.com, which garners resumes from several job search sites.”

The skill sets may be different, but at the end of the day a minimum of three people from various Genesis departments interview each candidate to ensure a culture fit both before and after testing.

“The nature of the business is that this is a small community, and we’re large enough so that people seek us out,” McCarthy said. “We’re planning to dial up our culture quotient and hope to become one of the top 50 companies in the country to work for. Attracting great people is no longer optional.”

Make sure you have a defined process for interviewing, he advised. “The process needs to be objective. Unfortunately, most interviewers are too polite—they don’t want to ask hard questions, and they should. Never hire anybody without a probation period. Ours is 90 days. At the end, we have a meeting to decide if you’re a fit.”

Even entry-level hires need the same scrutiny as tenured and management level hires, and that entails character testing, Maricle said. “We use an online DIS C profiling program. The candidates can see the feedback and we get a write-up. We also have an annual meeting of managers from all our offices across the U.S. where we talk about hiring practices among other things.”

SK C doesn’t use profile testing, Holton said. “I will do the first interview, and if I think the candidate is a good fit, I connect them with the hiring manager for that department. Candidates talk with three to four people and there will always be a face-to-face interview, either here or by video from one of our other offices.”

SK C technician positions are divided into three tiers. Tier one installation techs may be hired from other industries, such as the cable or construction industries, and retrained. Tiers two and three must have previous industry experience and meet specific criteria. After being hired, new employees attend an orientation in Kansas City, usually in a group.

“Here in Arizona, we’ve hired from the construction industry, which was hit hard by the recession,” Maricle said. “Those hires include an entry level installation tech and two project managers from that field. We shy away those with a home theater background. When that market was at its peak they were paid well and have had a hard time acclimating to the salary range of commercial AV. Also, there isn’t much of a crossover from programming a remote to what we do in commercial AV.”

Dig deep into details. If a candidate tells you he or she was in charge of five people on a day-today basis, go after the details of what he or she actually did.

Pose a common industry or job problem and ask candidates for solution ideas to see their thinking processes. You’ll know how much experience they really do have.

One of my best recruiting tools is keeping my candidate files organized. Just because a candidate isn’t the right fit for a particular position doesn’t mean they won’t be the best fit for a future position.

Before recruiting for a position, I always meet with the hiring manager to understand their needs for the position and any special qualifications, experiences, or characteristics that are important to them.

Trust your gut. I call this “Spidey sense”. If you’re questioning something in your head, make sure you deal with it directly, prior to hiring the prospect.

Remember that people want strong leadership. Many of our members, while competent managers, need to improve their leadership skills. You have to manage your assets, but lead your people.

An Interview With NSCA’s Chuck Wilson

Chuck Wilson doesn’t have a crystal ball, but recent industry surveys tell him that there will be a trend in 2012 toward replenishing some industry positions.

“The majority of our members say they’ll hire back for many tech jobs, project management, and a few sales positions,” said Wilson, executive director and CEO of NSCA. “Some will be filled with those from the IT field.”

In one recent study of technology companies, 45 percent of those who responded said they intend to look into changing jobs when the economy turns around. They are dissatisfied in some way.

“That tells me that many people working in the industry feel underemployed or undervalued, so when people do hire again there may be a lot of movement,” he explained. “If we do indeed see continuous, slow and steady growth we’ll see companies looking to hire and current employees looking to improve their positions by looking outside their companies.”

Wilson cautioned that many executives fail to realize that as they are hiring for an open position, they may actually have others within their own company looking to leave. “So as the economy picks up, don’t be surprised if you have to hire more people than first envisioned.”

The NSCA recommends a hiring approach that first begins by promoting within. “You know the person, their work ethic, and behavior,” he said. “To know someone is an asset for hiring. You know the four elements, skill sets, knowledge, dependability, and behavior. Dependability, knowing that an employee can be relied upon for issues such as time and budget, is crucial for an employer, and their ability to sleep at night.”

Getting a solid referral from top-notch references is as good as gold, Wilson continued. “My third and last-resort preference is to hire a top performer away from a competitor, but only when the first two methods fail.”

The NSCA’s membership has become more advanced over the last ten years in looking at predictability tools and benchmarks for successful hiring according to ranks. Behavior and motivators vary greatly from service, sales, technical, management, and project managers. Wilson advised identifying and testing a candidate’s personality traits on these key areas: promoter, conductor, persuader, relater, supporter, coordinator, analyzer, and implementer.