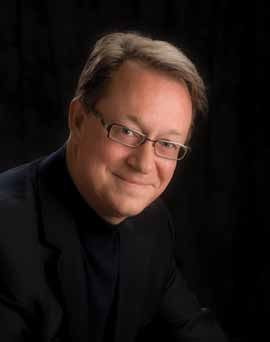 Valenti’s first business was Highland Studios, a recording facility he designed and built in Delmont, PA.How many bankers does it take to launch a successful American business? Just one—and he doesn’t even have to be that great a banker.

But when Mark Valenti got his economics degree from The Pennsylvania State University, banking—not entrepreneurship— was his goal. And not just any banking: highlevel, international banking at a high-level international organization like the World Bank or the IMF. Where he started wasn’t nearly as glamorous, however, and after a couple of years writing car loans (which included a sixmonth stint as a repo man “…I got quite good at identifying tractor-trailers where the serial number had been sanded off, and I always tell everybody that’s where my sales career got started…”), he discovered that banking really wasn’t for him.

Like many young men, Valenti was seduced by the idea of a career in rock ‘n’ roll. While a banker, he moonlighted as a musician in a band called Full Circle (“There are probably 800 bands named ‘Full Circle’”). When the group’s single “Indiana Lady” started receiving airplay, he decided to ditch the suit and hit the road.

Performing wasn’t as seductive as recording, however. “I walked in, and it was like a giant light bulb went off in my head,” Valenti recounted, referring to the first time he set foot in a studio. “It was like, ‘How come nobody told me that you could make a living doing this? This is the coolest thing ever.’” From that moment on, he knew he wanted to be a recording engineer.

At the time, the only recording program he could find was at the University of Bridgeport in Connecticut. He enrolled and emerged an official audio engineer, and started out doing live sound. This led to a sales job at a Pittsburgh, PA-based professional audio dealership, Procom Systems. “It was a very successful business for a long time,” he relayed. “But I really wanted to be a recording engineer.” Thus began Valenti’s career as an entrepreneur.

Valenti’s first business was Highland Studios, a recording facility he designed and built in Delmont, PA, a small town about 40 miles east of Pittsburgh. When the company outgrew the studio, he moved it into a larger space in Pittsburgh, and focused mainly on radio and broadcast work. What had started out as a two-man operation had grown to eight by the time Valenti sold the business to his largest client.

Last fall, American Business Journals recognized The Sextant Group as one of Pittsburgh’s Top 40 Best Places to Work.Around the same time, Valenti had begun to establish himself as an audio and acoustics consultant, and in 1991 he went to work for Synergistic Technologies, Inc. (STI), a firm specializing in the design and engineering of broadcast, production, post production, and recording studios. But the early ’90s was a tough time for the broadcast market: with the Federal Communications Commission (FCC) debating the digital television standard, facilities were hesitant to invest in new designs and upgrades until a final decision was made. Valenti saw more opportunity in other markets, particularly higher education: “I was convinced that there was a business to be had,” he said. “I’m a serial entrepreneur, and ever since I had gotten out from under my recording studio, I was kind of chafing to go out and do something else again for myself.” And so in 1995, Valenti founded The Sextant Group.

Almost 20 years later, The Sextant Group continues to serve the education market, as well as overseeing projects for corporate facilities, government agencies, performing arts venues, data centers, media facilities, sports and recreation stadiums, libraries, science and research centers, and houses of worship. The firm’s scope of work comprises technology planning, programming, infrastructure design, systems design and specification, and construction administration, and boasts 63 employees spread out over nine offices, including the Pittsburgh headquarters. Last fall, American Business Journals recognized The Sextant Group as one of Pittsburgh’s Top 40 Best Places to Work—an admirable commentary on Valenti’s leadership, since his employees nominated the firm without his involvement. While he admits he’s proud of this accomplishment, he also underlines the importance of cultivating team spirit company-wide, not just at headquarters.

A member of several industry organizations, Valenti’s role as past president of InfoComm has proven valuable to his own professional development, as well as that of his business. “It’s afforded me an opportunity to meet so many people in the industry that I would not have met otherwise, and to forge friendships and relationships that have held The Sextant Group in good stead, and that have, frankly, allowed us to grow our business in ways that it may not have grown previously,” he said. “It’s made us better consultants and better designers.”

The feeling is mutual. Randal A. Lemke, Ph.D., the recently retired longtime executive director of InfoComm, noted that Valenti’s banking experience helped the organization through a difficult climate. “He brought with him an amazing amount of business knowledge and savvy. This has helped the association prevail, even during challenging economic times,” he said, adding that Valenti’s industryspecific knowledge was also of great value. “I learned a great deal about architects and the building community from him, and will always be grateful for his service to the association and the industry.”

With the audiovisual industry now competing for business with IT companies, Valenti emphasized the need to avoid going on the defensive. “What you need to do is embrace it, and you need to be better at it than they are, plain and simple,” he said. In a way, he added, perhaps the fact that IT firms are going after AV business is the biggest form of flattery this industry could receive.