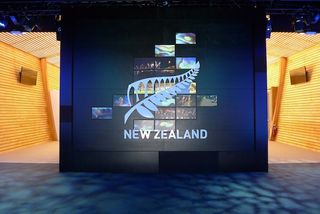 The Toulouse Group, Audio Visual Integration Specialists for the New Zealand Government at the Emirates Team New Zealand base, has selected BrightSign to power the digital signage network in the team’s America’s Cup hospitality center in San Francisco, CA.