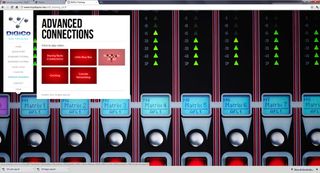 There is a little less than three hours worth of material, which is divided into the three sections described above, and then further broken down into chapters specific to features and functions users may wish to gain greater knowledge of.

All movies are HD so they can be shown at full screen size.

DiGiCo Online Training will be live and online from March 21st 2012, the first day of ProLight+Sound.

To access the training, visit www.digico.tv and following the navigation panes for the particular tutorial you wish to view.