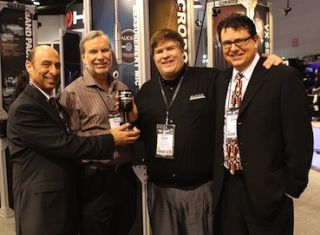 Cliff Castle, Audix vice president of sales and marketing, announced the 2012 Audix Rep of the Year award at the annual rep and distributor meeting.