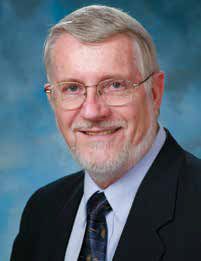 Dear Professor Phil,
I’ve always contended that standards in audio and video communications are extremely important. When I respond to vendors’ promotions, I stress this opinion. However, I’ve been told by several large, well-known manufacturers that their nonstandard (proprietary) approach works better. What do you think of this debate?
—Kurt, Akron, Oh

The AV world has historically depended on physical level standards, such as HDMI, RS-449, and SDI. Even with the evolution to digital transmission, standards for framing the streams, such as DVD-A and Surround Sound (MPEG-D) didn’t reach very high toward the application level in the protocol stack.

However, everything changed as Internet related technologies became popular. Suddenly, the Internet Engineering Task Force (IETF) had considerable influence on audio and video transmission. Their standards, RFCs (requests for comments) gradually changed from guidelines and suggestions into requirements for more careful compliance. So, a vendor that had a successful application based on former industry practices might find it difficult to modify their technique. It was questionable whether to expend additional engineering effort only to meet an abstruse idea such as being standards compliant.

Consider this example of moving large video files. For many decades, Microsoft used a protocol called Netbios to access and move databases, system backups, and large files of all types. It has been successful and well understood. It also competes directly with the approach specified by the IETF in RFC 959 for the File Transfer Protocol (FTP). For about a decade, it would not work with TCP/IP devices. So, it was rewritten to make it work with the increasing number of devices that used TCP/IP. That caused it to be inefficient, even with newer implementations of the protocol stack.

It remains essentially the same as it was in 1995. In this case, a nonstandard technique trumped a standards based approach. Since browsers can call FTP to move files, it is likely that Netbios will gradually disappear.