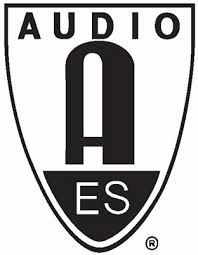 This year’s Harman Scholars are Sina Hafezi and David Moffat.

Mr. Hafezi receives a renewal grant for his PhD studies in Speech and Audio Processing from the Electronic and Electrical Engineering Department at Imperial College London. He has undergraduate and MS degrees from Queen Mary University.

The Bruce Swedien Scholarship is a renewal grant awarded to Natasha Branch. Natasha will pursue an MFA in Recording Arts and Technologies from MTSU. She has a BM in Composition from Cameron University. This scholarship aids young recording engineers who believe in putting “Music First!” to quote Swedien’s mantra.

The Emil Torick Scholar distinction is offered to Juan Simon Calle, a graduate student at NYU in Performing Arts and Technology. Juan has a BS in Audio Visual Communication at the Universidad Medellin, Columbia. The Emil Torick Award honors former AES Foundation President and founding member Emil Torick, and is awarded to an outstanding student with exceptional career goals.

The Don and Fran Pearson Award goes to Ross Hammond, a graduate student at the University of Derby, UK, for an MSc in Audio Engineering. His BSc is in Sound, Light and Live Event Technology, also from Derby. Don Pearson was a system engineer for the Grateful Dead, a consultant for several audio manufacturers as well as Meyer Sound Labs. This grant will support a student interested in audio research with a focus on live sound, music and innovation.

Spencer Shafter receives a renewal grant and is this year’s Larry Estrin Scholarship recipient. Spencer will earn an MM in Music Technology and Performing Arts at NYU; he also holds a BM in Music Technology from the Steinhardt School at NYU. Larry Estrin was Director and CEO of Filmways Audio Group, founder of Best Audio and responsible for the Production of live production in 50 countries (Academy Awards, GRAMMYs, Olympics, etc.). This grant is offered to students with a demonstrated commitment to Audio Engineering in the Broadcast Industry.

Advancing Audio -Tom Kite Scholarship is awarded to Ana Djordjevic, a PhD candidate in EE from Nis, Serbia; her previous degrees are also from Nis. Ana has authored and presented ten papers at national and international conferences and spent one year as an exchange student at Norwegian University of Science and Technologies. She also received acceptance to an R&D Team at Cisco, Norway.

Jose Ernesto Valenzuela Arena, receives a renewal grant towards a Masters in Music Technology at NYU. He holds a Mechanical-Electrical Engineering degree from Tecnológico de Monterrey, Mexico. Jack Kelly Mr. Kelly, a renewal recipient, will earn a PhD in Sound Recording from McGill University. He has a BFA in Electroacoustic studies at Concordia University, and a Masters from McGill.

Jennifer Nulsen is a graduate student at McGill University, studying towards a Masters in Sound Recording. She has a BM in Music Production and Technology from the Hartt School, University of Hartford, and studied at the Banff Center. Jennifer served as Associate Audio Engineer at Tanglewood, and is AES student Vice-Chair at McGill.