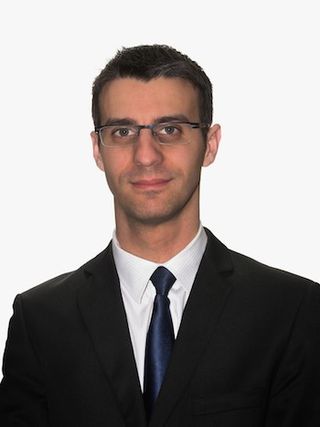 Lindsey Adler: How did you come to found On Controls?

Itai Ben-Gal: I’m what you would call a recovering automotive engineer, so I dealt with a lot of tech—everything from networks to measurement systems to robotics. My hobby and passion have always been home automation and home theater. I’ve designed and built my own home theater. I love to tinker. I was probably every local dealers worst nightmare walking in. I read all of the articles; I knew every product by model. I’d walk in and I’d know exactly what I wanted. I belonged to a home theater club locally, and we’d go to each other’s houses and see movies.

LA: What was so different about your business at the time that you started it compared to the other solutions?

IB-G: If you go back five years, the word cloud really wasn’t as prevalent as it is today—that was kind of pre The Wall Street Journal talking about it every five minutes. And I remember people were challenging us at first. Today, everyone takes it for granted that the cloud is so ubiquitous, and it’s such a part of our lives. So number one, the cloud gave us a way to do things not only in a different approach but also to be flexible, especially for integrators.
The other thing that we’re really passionate about is the customization. I think if you think about our industry, for the most part, a lot of [the discussion], especially with control, tends to be around what model, how do you control it, is it infrared, is it serial, what receiver. But as human beings, we don’t really care about that stuff. It’s big black boxes, and at the end of the day, they make noise or they make music. The gear doesn’t matter. What really matters is your experience. That ability to take your remote and turn it into a blank slate and to make it something that is unique to you versus unique to the gear, I think is something very special. What you can do is move the experience for the integrator and the experience for the customer from talking about gear and how to control it to really, what kind of experience the end user will have and how they interface with those things, their media. We’ve always had that ability to really customize it.LA: Now that your business transitioned from a residential focus into the commercial AV space, where do you envision it going?

IB-G: Go bigger. Much, much, much, much bigger. For us, commercial is going to serve a few segments. We’re going to do more of things like conference rooms and boardrooms at the corporate level, bars and restaurants as venues, and corporate campuses and universities.

LA: You recently announced a major new partnership with Kramer Electronics. Briefly explain what the partnership entails, and describe how it positions you in the commercial AV space.

IB-G: We’ve been working with Kramer for some time. In the last year, we’ve had more and more discussions with them, and they saw control as an area that they were looking to push bigger and bigger into. What we decided was that, for various reasons, it really made sense for both of us to tackle that together.

The partnership has been really tremendous because we get to focus on the things we do really well, which is software for control. We get to leverage their nearly 35 years of being in business with their dealers. They get to be the sales, marketing, support of that product. It’s a win-win, where everybody is doing something different that overlaps. We don’t have to reinvent the wheel, we don’t have to build up our own distribution—they have 25 offices worldwide.

The real advantage was that they understood—and this is something where I give them a lot of credit—that as a hardware-centric company, that’s successful and has been around for a really long time, that they understood that the future of software is in the cloud. That’s where it really made it an easy discussion to have. With a lot of companies, especially hardware guys, it’s hard to explain that we believe the future is less hardware and more software. People almost get offended when you point that out.

LA: What kind of new initiatives we are likely to see from On Controls?

IB-G: We believe in this world of mixed product. One of the things that we’re always on the lookout for is which technologies are coming, and how do we support them in a way that is agnostic of us making hardware. So we support more and more lighting systems and more thermostats and things like that. We’re seeing this blending of using both products that are very traditionally channel products being mixed with products that are very consumer and do-it-yourself. The control system has to be able to bridge those gaps. We can’t just take this line of, ‘Oh, this product is for professionals, so we’re going to ignore products that an end-user can buy and vice versa. This idea of personalization is going to become more and more real and more and more pervasive.
Lindsey M. Adler is editor of SCN.