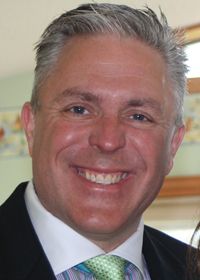 TSE Services will celebrate its 30th anniversary this year. The company made its mark as a full-services consulting, software, and audio/video integration company focused on helping teams enhance their fan experience and streamline operations.

This year also marks the 30th anniversary for Bob Masewicz serving as president of TSE. When Masewicz co-founded the company in 1984, TSE consisted of two guys dressing up as the Blues Brothers and performing at entertainment venues around the world. Since retirement of the Blues Brothers act, TSE evolved into a multi-million dollar company and spawned a newly formed subsidiary TSEN (Total Sports & Entertainment Network), providing a variety of services driven by their solid base of live event knowledge gathered over the years.

"Our immense growth to this point is truly due to our clients along with the industry's drive to provide the best experiences for their fans," Masewicz said.

Under Masewicz's leadership, 2014 has proven to be the most eventful year to date for TSE. With feedback from their clients, they continue to grow the GameTime Cloud-Based Suite, developing new features and solutions to go along with their Software-as-a-Service platform featuring ScriptPRO, SponsorPRO, and now PromoPRO. ScriptPRO, TSE's event management solution, saw the 50,000th live event built and produced in the system on June 11 by the Portland Timbers of the MLS.

"ScriptPRO is a valuable resource for all sports professionals who manage game presentation and event production," Jennifer Smoral, the Timbers director of events and promotions shared. "By using ScriptPRO, the Timbers are able to succinctly build a script, streamline communication, and effectively execute our events at a high level." Over 250 organizations around the world are now subscribers of a GameTime solution.

TSE's Consulting Division gained valuable hires of former industry executives, further supporting dedication to TSE's clients. One of the largest projects TSE took on over the last year was a franchise revitalization of the Kalamazoo Wings of the ECHL. TSE helped guide the Wings to a 30% increase in group sales and saw the largest single game attendance in Kalamazoo history (5,576 fans).

TSE's consultants have also had a successful year in video board design and sourcing. In Charlotte, NC, TSE oversaw the design, procurement and installation of the widest video board in Minor League Baseball at BB&T Ballpark. The state-of-the-art Toshiba display consists of nearly three million LED lamps and is 30-by-82 feet.

TSE's AV division was busier than ever, having recently completed their 52nd install of the year.

"Everyone at TSE Services has worked very diligently this year, keeping their switches on and giving one hundred and ten percent," Masewicz said. "We continue to challenge ourselves to push the boundaries with each project so our clients can produce dynamic stadiums that entertain fans for years."

One of the most notable events of 2014 thus far, is the creation of a brand new subsidiary, TSEN (Total Sports & Entertainment Network). TSEN is a combined effort of TSE Services and InThePlay(r), the world's first and only automatic video-casting system for sports and entertainment. TSEN aims to provide large scale access to professionally produced live events, no matter the level or type, bringing the world closer to the experience than ever before. The core proposition of TSE has always been to produce a high level of fan experience. TSEN takes that concept to a new level and spreads it to new types of events, including youth sports.

"[This year] has definitely been the most interesting and significant year for our company," Masewicz concluded. "However, it is just the starting line to what we are capable of providing the industry. Stay tuned."