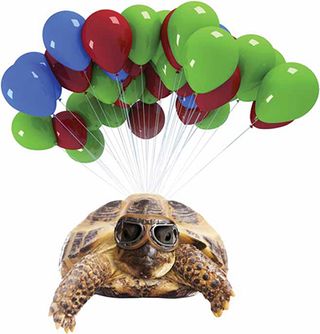 I’ve often contemplated where our industry is going. Sometimes I wonder what is next, sometimes I hear about what is coming next, and sometimes I am lucky enough to come up with a new way of doing things while engaged in a current project. Here are a few things that one could consider beyond “State of the Art” but rather a conceivable “State of the Possible”!

The Broadened Use of the Network
With larger amounts of bandwidth, better networking technologies, and more robust wireless networking platforms, it is conceivable that the days of buying rack-mounted equipment such as DSP processors, control processors, or matrix switchers are numbered. Imagine microphones that have network connections built right into them that instantly encode audio to standards-based IP traffic. The audio can be processed, mixed, and routed virtually in the cloud. Imagine multiformat video inputs that do the same. What if we designed systems that had a monthly usage fee instead of a large capital outlay at the initial purchase? A networked “pay as you go” architecture of sorts? Installers would instead be simply connecting necessary local devices to network cables, and then filling out web forms for each device so they can do what they need to do. That is something that is totally possible if LAN/WAN latencies are cut down to minimal times via enhanced networking protocols. Companies could offer processing, routing, switching, archival, capture, editing, echo cancelling, equalization, and enhancement… just about anything with any media format as a service. It’s kind of cool to think about, right?

Expanded Use of Off-the-Shelf Computing Platforms
The use of iPads and other cost-effective, yet trendy devices is growing rapidly in the AV industry. Somebody, at some point, will offer a tablet-style device with a hardwired network connection at a price point and “coolness factor” that is on par with iPad style devices. When that happens, these devices may become the user interface of choice for all systems.

User Interfaces
At some point, and this will sound funny, but the use of user interfaces could entirely disappear. It may be entirely possible to have a digital servant like “Siri” to just control AV systems. I can’t think of a snappy name for this digital system control personality, but if everything is networked, there could easily be enough processing power in the cloud to take speech recognition to an entirely new level. And hey, if everything is networked, why not have it controlled too?

Loudspeaker and Amplifier Technology
Loudspeaker technology has had some recent leaps forward with steerable arrays, various magnetic breakthroughs, and other interesting refinements, but for the most part they have stayed the same for decades. What if in the future everything was a loudspeaker? Furniture or surfaces could constantly be looking for encoded wireless network traffic to play back via onboard speakers. What if all municipal building codes simply required that “every room needs loudspeakers ready to play back audio that may be required in this space”?

As for amplifiers, we are enjoying increasing efficiencies, connectivity, and smaller sizes, which is great. But what if we could send hundreds of watts down network cables or route that power through standard network switches with no latency? Sign me up!

After reviewing all of these thoughts that I’ve just summarized above, I realized I am perhaps biased to a one-wire, one-format, universal solution that is hardware-light. I am no Ray Kurzweil, but I sure do love my job!