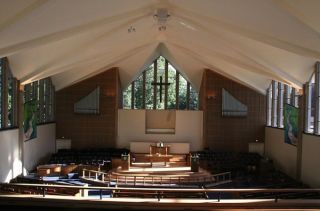 In February of 1957, a group of about 80 faithful founded Knollwood Baptist Church, meeting at a local funeral hall until their first chapel was completed in July. More than half a century later, Knollwood's congregation numbers in the thousands, and their 1000-seat sanctuary offers multiple services each week.