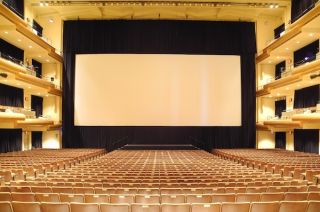 The world premiere of Warner Bros. "The Great Gatsby" lit up the screen in 3D, thanks to Christie Solaria Series digital cinema projectors, which brought to life the splendor of the roaring twenties in rich, saturated colors and sharp, 4K-resolution.