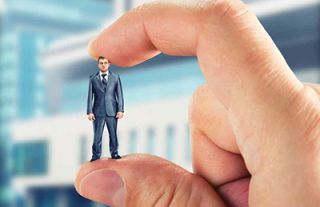 Utter the term “bid process” and you’re bound for a spirited discussion. While the design/build business model has helped many integrators diminish their bidding activities, some projects are only up for grabs if you submit a bid. And, even if the client has heard the expression “you get what you pay for,” when it comes to bid jobs, it’s still too often that projects are awarded based on price. Anyone who has been around the block a couple of times can predict the ensuing results: poorly executed systems, liquidated damages, an unhappy client, and a bad reputation—not just for the firm that low-balled the project, but for the consultant, and the industry in general. The question is: can the industry make bidding better?

When it comes to bid jobs, it's still too often that projects are awarded based on price.For Joey D’Angelo, vice president at the AV and acoustical consulting firm Charles Salter Associates in San Francisco, CA, weeding out the low bidders starts with the RFP (request for proposal). “A lot of drawings will show a mic connected to a box connected to a triangle connected to a speaker. They’ll say, ‘The microphone shall be this size and [deliver] this performance, and this audio processor will have this many inputs and this many outputs,’” he illustrated. “It leaves a lot open for interpretation and it doesn’t give [the integrator] a lot of information.”

D’Angelo favors fully engineered drawings that show all of the power connections, connectors, back panels, counts for the linear footage of wire that’s required—as much information as possible so that bidders aren’t required to do any guesswork. “All they have to do is literally go down the list and enter in a price,” he said. The level of detail on the front end, he says, helps weed out low bidders. “I can take all of those spreadsheets and create a chart and say, ‘This guy is charging this much for labor in this room; this guy is charging this much.’ I can see what their bidding philosophy is. Are these guys trying to buy the job with low labor and low margins? The best way to protect my clients is by having that documentation. [The client might say], ‘They’re the lowest bidder.’ Then I can say, ‘They’re the lowest bidder because of X, Y, and Z, and I don’t think that’s a good idea.’” For large projects, D’Angelo will host mandatory walk-throughs; the logic being that if you’re willing to invest the time and money to get on a plane and review the site, you’re probably pretty serious about the project. And, if you don’t show up, you’re not going to qualify for the bid. In some cases, he will also ask for a tour of one of the integrator’s previous projects.

Julian Phillips, executive vice president at AV designer/integrator Whitlock, headquartered in Richmond, VA, noted that the while the company will engage in the bid process for projects that are aligned with the organization’s own strategic goals, bid projects do not make up the bulk of the firm’s business. That said, Whitlock still must respond to RFPs—and Phillips attests to seeing his share of good RFPs… and not-so-good ones. “When it’s really bad is when it’s something that, by looking at it, you know that it’s based on a design that’s probably three years old, and a lot of the equipment that is required is already end-of-life or just about to go end-of life, and where you are presented with a very vague and ambiguous statement about exactly what the client is trying to achieve and what outcomes they actually want for the technology,” he said. In these cases, the design will eventually need to be re-engineered, very often on the integrator’s dime. “There’s a lot of time-wasting that sometimes goes on in the RFP process because somebody hasn’t done their design work well or thoroughly enough up front, and they’re asking a whole bunch of vendors to respond to something which they know, themselves, probably needs to be re-designed. It’s a little bit disingenuous to ask five or six companies to go through that process to respond to that RFP knowing that there is a huge amount of wasted time required from them.”

Brock McGinnis, systems division sales manager at Westbury National Show Systems, an AV integration firm based in Toronto, Ontario, Canada, says that 50 percent of the company’s projects are bid jobs. While low bidders are a constant issue, he relays that his team strives to counter this by vetting the award criteria. “We only want to get involved if the client is willing to agree to only accept the lowest competent and compliant bid,” he said. “If we are competing against structured cabling companies and security and surveillance companies that are only occasionally in the AV business—or they’re in the AV business but they only do low-value work—we can’t possibly compete with them on price, and so we choose not to.” Larger projects where the AV component is worth several million dollars tend to filter out low bidders to some degree, because these organizations simply don’t have the capacity to be fully compliant with the requirements.

In recent years, McGinnis has noticed an evolution in the world of RFPs—especially in the higher education and medical markets. “There were so many poorly executed low-bid projects that the people on campus or at a hospital complex that are responsible for using and maintaining those systems every day finally put their feet down and said, ‘we need to find a better way to do this,’” he said. Some clients are acknowledging that a cheaper purchase at the outset usually costs a lot more money, problems, and downtime down the road. As a result, they are asking for more details in their RFPs: what certifications do you have? Who is your project manager? Who will be programming the system? Who are your subcontractors? What other similar projects have you done lately? What’s the project schedule? When can we expect the first shop drawings? When will the procurement of the equipment begin? What other projects will you be working on during the deployment of this one? “They’re recognizing that companies can over-commit.”

Phillips believes that just as it has revolutionized AV systems, AV/IT convergence will begin to influence the structuring of RFPs, eliminating some of the time-wasting back-and-forth namely because of how IT departments traditionally management purchasing and procurement. “Most IT organizations will have a formal procurement function aligned to their business unit, with a vendor management program,” he said. This often leads to a more thorough screening and selection process up front. “You have to pre-qualify and pass a number of tests with regards to your liability as a vendor, your capabilities, your ability to agree to certain terms, conditions, and certain behaviors on how you work, to be able to at least then respond to what tends to be an internal RFP.” You become pre-approved as part of a Master Services Agreement, and then submit your bids based on that framework.

It’s also conceivable that clients will issue more flexible RFPs in an effort to learn what all of their options actually are— something that Phillips says he is beginning to see evidence of. “There’s more recognition that there are so many new technology options available right now that the client doesn’t necessarily know what they are,” he said. This could lead to a shift away from “prescriptive” RFPs and toward RFPs that focus on outcomes without dictating exactly how the client expects the integrator to get there. “They’re saying, ‘We’re not going to define, right down to every single nut and bolt, exactly what that solution is and ask you to price it. Come back and recommend what you’re proposing, and we will select what we think is the best fit for what we’re trying to do.’”