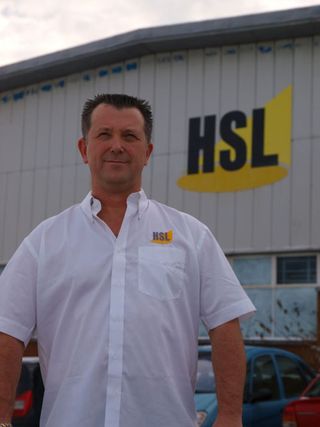 Simon Stuart
HSL has been nominated several times for the TPi Award for Favorite Lighting Rental Company, winning in 2008.

Being nominated for Video Services as well reflects the continuing convergence between lighting and certain elements of live video under the ‘visuals’ banner, and with it, a serious investment by HSL into LED screens and media server technology.

This took a leap forward last year with the purchase of Martin LED screen and the full complement of Green Hippo Media Servers, Catalyst and AI.

HSL’s MD Simon Stuart said, “It is an amazing achievement to receive not one but two TPi nominations, especially coming from our peers in the industry, which adds proper value and credibility. It’s also a great tribute to our crew and ‘front-line road warriors’ who are out there representing the company day-to-day on shows and events. We have had an incredible year in terms of business and are really looking forward to the TPi Awards night when we can catch up with all our friends and colleagues and enjoy a fantastic evening.”

The year has been extremely busy for HSL which has seen them supply lighting and visuals to high profile artists and festivals as well as a host of television and theatrical productions, corporate shows and live events.