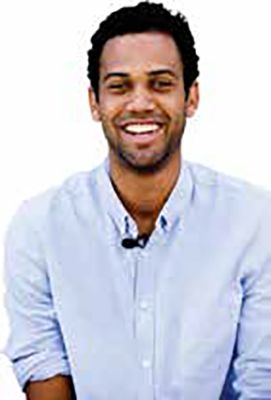 One size certainly does not fit all, so what audio gear do you need for your boardroom?

Audio in boardrooms has been evolving for many years. I would say it started with amplified sound for internal meetings, such as mics for the presenters, and recorded audio programs. This eventually included audio with video for use in PowerPoint presentations. This audio application employed live sound technology, with mics and speakers for use internally only.

The addition of speakerphones to conference rooms for connected meetings started around twenty years ago. These devices were hooked up through the telephones lines. In the past ten years, videoconferences using the Internet became more common, adding video to the audio conference. Today, with the proliferation of affordable web conferencing systems such as GoToMeeting and Microsoft Lync, more and more companies are adding video and audio systems to their boardrooms.

As the concept of remote employees grows, the use of connected meetings is exploding. Additionally, we can now have quality face-to-face meetings with people outside the employee base. A sales call, which was once exclusively an in-person activity, is now becoming the norm, as the quality of both audio and video transmission has greatly improved. Also, with the addition of echo cancelling software to the web conferencing systems, the need for expensive audio devices with sophisticated echo cancelling technology built in is diminishing. Simple USB mics are now being used, and letting the software take care of echo cancelling.

With the addition of video to the boardroom, the group most affected has surprisingly been the low-tech end of the business, the furniture industry. The “Knights Of The Round Table” concept has become “The Knights Of The U Shaped Table,” or even “The Knights Of The Classroom Arrangement.” The meeting is more focused on the monitor in the front of the room instead of each other. This has profoundly changed the method in which audio is captured.

Conference rooms were once dominated by the speakerphone, which was a 360-degree mic, with echo cancelling, and built-in speaker. Today there is less and less need to capture a 360-degree conference. Everyone is facing the front of the room, and there is a large gap where the meeting leader used to be. In fact, the meeting leader is now usually in the back of the room.

As always with audio, the goal is to get the mic as close to the source as possible. Remember that sound is extremely directional. Picking up the primary signal is important. Picking a secondary signal through reflected sound must be avoided. Though we want the mic as invisible as possible, there is no avoiding having it in the picture, if you want to achieve the best audio possible. Minimizing the presence of it is the goal, without affecting the sound. Currently, most meetings are conducted using a web cam with a built in pinhole mic on the top of the monitor. This makes for an invisible mic. However, the sound quality is greatly compromised. The mic is very far away from most of the participants. Plus, the quality of a pinhole mic is not the best. It works for a one-person conference where the speaker is within a few feet from the mic. Move the people fifteen to twenty feet from the mic, and you now have the people on the other side of the meeting saying “can you repeat that again?”.

Add to this equation that the IT manager (who may be brand new to AV management) is being asked to set up the system. The person setting up the conference room must have basic audio knowledge.

Again, with the addition of echo cancelling to the software, low-cost mic solutions are now possible. Here are a few ideas;

Single boundary mic: A boundary mic has been used for many years in live theater sound. It’s fairly small, flat, and easy to conceal. It is able to pick up a wide area. It is limited to about a 180-degree radius. In the old conference room configuration, this was not adequate. In today’s environment, it is actually ideal.

Gooseneck mic: Placing a mic directly in front of the speaker is ideal. Multiple gooseneck mics, with narrow pick up patterns that are aimed at a single speaker is the best method. When more than one mic is used, there is a need to combine all of the mics into one output.

Lavaliere mics: A staple of the newsroom, it is easily hidden under one’s lapel. It gets the mic very close to the speaker, and does not get much else besides the speaker. This results in outstanding sound and limited extraneous room noise. This is easily repurposed for the conference room. In this case, they are usually wireless, as they need to be fairly far from the computer input. There are multi mic wireless systems. Each receiver is attached to an audio mixer. The mixer is sent into the USB input. The disadvantage of this system is cost, the need to wire everyone individually, battery charging, and a limited ability to mute. Therefore, everyone can be heard, even when they should not be. Sneezes and coughs are common. Muting and unmuting is done at the receiver, which is inconvenient.

Diversify: In larger boardrooms with larger numbers of people, strategically placed shotgun mics hooked up to a DSP and mixer is a good method. Once you enter into this solution, an experienced audio engineer is suggested. When there are multiple mics each picking up a large area, echo can occur, which requires digital processing to eliminate the echo. If you add ceiling mics, digital noise reduction must be added to get rid of ambient noise from the ventilation system. When you enter into these solutions, this can be a fairly expensive situation. It’s worth the money, as quality audio is essential. Just be aware of this in advance, and budget for it.

The bottom line here is that there is no one “perfect” scenario nor a “one-size-fits-all” answer. The solution is a series of tradeoffs, as it is on most electronics systems.

I find that that largest growth in web conferencing is in smaller rooms. As the cost goes down on hardware and software, the need goes up to conference with remote people. This will continue to grow. There are a zillion unconnected conference rooms that are now being connected. In the main boardroom, where expensive systems were once required, they are being updated with lower cost systems, to accommodate the new conferencing enterprise systems.

I believe that we will see enormous growth in the connected conference and boardrooms for the next 10 to 15 years. This makes for great opportunities for the professional AV community.

Digital Natives Get a New Mic

The MXL MM-160 Lavalier Microphone is made to record audio onto smartphones, tablets, and other mobile devices. As a lapel microphone, the MM-160 is positioned close to the source of speech, and it works with virtually any smartphone or mobile device through the 3.5mm jack. Plug it in and you’re ready to record using virtually any video or audio recording app. For BYOD and video production, the lavalier can be easily hidden on camera. The six-foot cable is long enough to allow the mic to be worn by the person on-camera while another person records with the mobile device. The cable has a built-in headphone jack to allow audio playback and audio monitoring (with appropriate app). The MM-160 is an omni-directional microphone with a clip and 3.5mm cable. A windscreen is supplied to minimize plosives.

The Atlona HD-M2C is an audio signal conversion solution for AV systems where matrix switching is integral. Content from multichannel sources such as Blu-ray players, set-top boxes (STB) and gaming consoles can be distributed to multichannel and 2-channel capable zones simultaneously, ensuring compatibility, reducing system complexity and eliminating the expense of separate dedicated sources for each zone. www.atlona.com