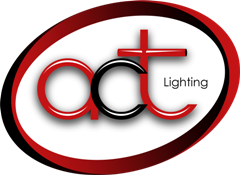 The Honda Civic Tour kicked off in Kansas City, Missouri in July and will wrap after Labor Day in The Woodlands, Texas. The pop rock band will play 34 dates nationwide primarily in amphitheaters. It’s OneRepublic’s first tour since releasing the album, “Oh My My,” last October.

“The lighting rig was designed to look bigger than it is,” said Butts. “The choice of fixtures and the way we’ve hung the trusses make the rig look pretty substantial.” VER is the tour’s lighting, video and sound vendor.

Butts was one of the first to use Claypaky Mythos, for country music star Kenny Chesney, when the fixtures were introduced to the US market. “

I have a long history with the product,” he said. “Mythos has become one of my favorites because it’s small, lightweight and does a ton of great stuff.”

For OneRepublic Butts is using 62 Mythos2 in the truss as back lights and cross lights. They also deliver big, dynamic effects and some ballyhoos.

He added about 28 Sharpy Washes, mounted in pre-rigged truss turned upside down and quickly deployed on the upstage floor, for back lights and silhouette looks.

A grandMA2 light console controls the show’s lighting with a grandMA2 full-size in a back up role.

“MA consoles have been part of lighting director A.J. Penn’s system for a long time, and I’ve been a major user, too,” said Butts. “It’s a big advantage that grandMA2 consoles are easily found around the world. After the Honda Civic Tour ends OneRepublic will adapt the show’s original concept for a series of one-offs, which they can run on grandMA2s anywhere.”

Butts noted that Penn and programmer Brian Jenkins were confident about using new grandMA2 v.3.3.2 software for the tour.

“With the support of A.C.T Lighting, it’s easy for us to take a chance on something new because we know we can always call A.C.T and get answers about new features in minutes,” said Butts.