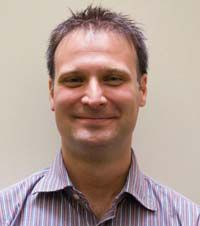 “For several years we’ve been working on a distribution model that would carry out our long-term goals for India, but first we needed to find the best partners to implement that plan,” stated Mauricio Saint Martin, director of Middle East sales for Meyer Sound.

In its eight-year relationship with Meyer Sound, Reynold’s Sound & Lighting has supported scores of largescale concerts and events in India, and has handled installations in prestigious venues using Meyer Sound systems exclusively.

“I’m excited to be part of this milestone for Meyer Sound in India,” says Felix Remedios, managing director of Reynold’s Sound & Lighting. “Working even more closely with Meyer Sound, we look forward to expanding the growth and raising the bar for sound quality across a broad variety of applications in India.”

In a parallel development, Meyer Sound has also strengthened its support function in the region by naming Károly Molnár to the newly created position of Director of Technical Support and Services, Asia-Pacific and Middle East. Molnár joined the company in 2004 as part of the company’s European technical support team and in his new role will oversee support and design services for Meyer Sound’s rapidly growing user base in the busy Asian and Middle Eastern regions. He will also continue to serve as an instructor for the company’s expansive education program.