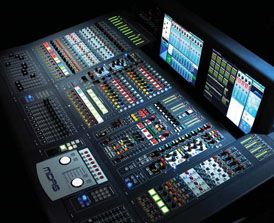 Midas PRO6 live mixing system analog boards such as the XL3, XL4, and Heritage, while its designers used the company’s 32-channel Verona console as a template for the size of the control surface.

“Our roadmap always had the XL8 as the launch digital product, to be followed by smaller and more cost-effective consoles,” John Oakley, Managing Director, Midas, told SCNAsia. “The PRO6 is the logical next step and we believe it sounds as good as any console we’ve ever built.”

The idea of an ‘affordable’ XL8- style console has already proved a popular one, with Midas reportedly taking over 100 orders since the PRO6’s launch last month.