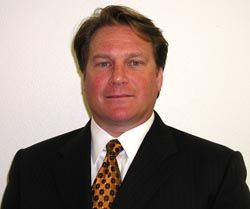 Rodin's Tom O'Mara, chief executive officer and president.PORTLAND, OR--Rodin, parent company of the Phoenix Gold, AudioSource, and Carver brands in the mobile audio and home audio/video markets, has promoted Tom O'Mara to chief executive officer. O'Mara, Rodin president, will continue in that role along with his new duties as CEO. O'Mara succeeds Jonathan Cooley who will continue serving as Rodin's vice chairman and chief financial officer.

"Since last August when 'Rodin' became the company's new official name, that's not all that has changed," explained O'Mara. "We have taken the company in new and exciting directions, and we are now completely focused on our home brands' efforts in the custom installation business, as well as bringing the Phoenix Gold car audio division back to prosperity. Our new management team has brought Phoenix Gold, AudioSource, and Carver back to the acclaimed industry recognition and respectability each of these brands was originally built on."

The appointment was a result of the original succession planning process when Phoenix Gold International was acquired by PHX AP Acquisitions in 2006. O'Mara will retain his duties as president, and will now incorporate CEO duties, including broader responsibilities that focus on setting overall strategy and vision, building the company's culture, leading the senior management team, and allocating capital.

"Since taking on the role of president, Tom has been a driving force within our company and has played a huge part in the company's economic revival," said Cooley. "His leadership has been instrumental in building strong branding strategies, competitive product lines, streamlining operations, and securing strategic partnerships to insure Rodin is positioned for growth in key categories."

O'Mara originally joined Phoenix Gold International in 2004. Prior to that, O'Mara held several positions in the industry, including managing director at Rockford Corp., VP - sales and marketing at SimpleDevices, and president of UniView technologies. O'Mara began his career at Pioneer Electronics in 1982 in the sales and marketing area and holds an accounting degree from LaSalle University