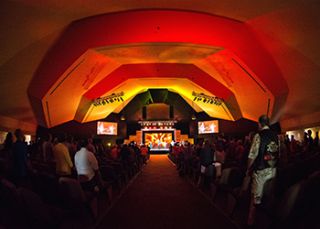 A Martin Audio ML Compact loudspeaker system was installed as a key component in a significant upgrade of the technical capabilities at Sun Valley Community Church in Tempe, AZ.

A view of the 1300-seat auditorium at Arizona-based church, Sun Valley Community Church.