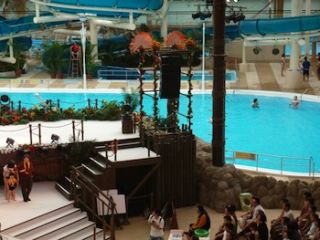 Fukushima, Japan--Spa Resort Hawaiians, a family water resort in Fukishima prefecture, Japan, had not long completed a complete refurbishment, including the commissioning of a QSC Installation Line Array (ILA) Loudspeaker System, when the earthquake and tsunami of March 2011 wreaked havoc in the area.