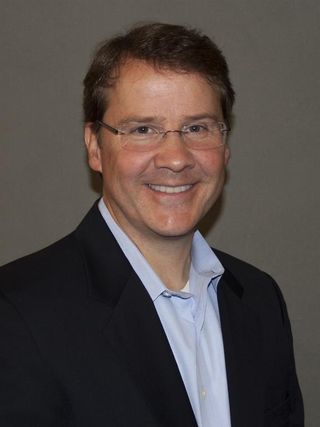 Steve Johnson: My interest in technology really grew out of my love for music and home audio. Like a lot of kids growing up in the tail end of the baby boomer generation, I was really into hi-fi. I remember quite fondly visits to this great record and stereo store in Lawrence, Kansas, called Kief’s. My buddies and I would drive about an hour from our town to get there, but it was worth it. We were never satisfied with simply checking out the standard consumer audio gear in their public showroom, so we would ask them if we could go downstairs where they kept the high-end stuff. They certainly knew that we couldn’t afford anything from downstairs, but they were always kind enough to let us listen to the electronics and speakers with exotic-sounding brand names. These experiences also got me to thinking about how awesome it would be to design audio products and fueled my decision to major in electrical engineering at Kansas State University.

In college, I realized that electrical engineering classes weren’t nearly as much fun as playing saxophone in the various jazz bands and combos I had joined. Thankfully, I also realized that I wasn’t a good enough sax player to quit my day job—electrical engineering student—so I spent a lot of time shuttling between the engineering building and the music building. I was also a DJ for a morning jazz show on our college radio station. I found myself at the intersection of my two greatest passions: music and technology. I was living the dream.

SCN: What prompted you to add a MBA to your bachelor’s degree in electrical engineering?

SJ: Even before I graduated from college, I realized that I was a lot more interested in the business side of things than I was in circuit design. I recall reading the book “In Search of Excellence” in the early-80s. One of the things that Tom Peters preached about was the importance of being close to the customer. While a lot of people go to business school to learn finance or management, I wanted to learn about marketing, how to get close to and learn from the customer.

I chose to pursue an MBA at Northwestern University’s Kellogg Graduate School of Management because they were the “it” business school for marketing in the early-90s. I couldn’t afford to be a full-time student, so I attended the part-time program while I worked for Motorola. It was a struggle at times balancing work, life and school, but I loved it. In business school, they teach you to think like a corporate executive by analyzing real-world case studies of companies and the challenges they faced—real high-level stuff—which I found fascinating. Of course, at Motorola, I was just another engineer.

About halfway through my MBA studies, I moved into a marketing role at Motorola, first as a competitive analyst and later as a product planner. As a product planner for the Asia–Pacific Mobile Phone team, I was finally getting closer to the customer and had the opportunity to travel. But I wasn’t working at the intersection of music and technology. I would have to make one more career move from Motorola to Shure in 1993 before that became a reality.

SCN: Prior to your appointment as CEO of Community Professional Loudspeakers in 2013, your career in the audio industry included management roles at Shure, Harman and Bosch, in addition to plenty of field experience working on major systems worldwide. How did those various roles shape your current management ethos?

I just returned from the NAMM show. Even though Community was not an exhibitor, I think it's important to stay plugged in to what is going on across the audio industry, so I welcome any opportunity to meet with our reps and dealers and our international distributors. I believe it helps me to stay relevant and connected.

The dirty little secret about our business is that it seems to outsiders to be bigger than it really is. As I said, I’ve spent many years in the mobile phone industry. Apple, the current king of the mobile phone hill, just announced world record quarterly profits: $18 billion! By such standards, pro audio is a cottage industry.

Since we’re in a relatively small industry, you’ve got to play nicely with others. This is true at a personal level, as well as a company level. Especially in the installed-side of our business, our customers are looking for system solutions. It’s in the best interest of our customers and our industry overall to make it easy for consultants and system integrators to choose products from multiple brands across the audio chain. At Community, our mantra is to make it easy for big ideas to sound great. We do this by creating and delivering best-in-class loudspeakers with comprehensive specifications and recommended DSP settings, so they can be easily and effectively integrated into a system solution.

The companies and individuals that excel in our industry are those that demonstrate integrity in all of their actions. It is a small industry, so it doesn’t take long for the karma train—good or bad—to catch up with you!

SCN: What was the coolest product you ever worked on?

SJ: It’s really hard for me to single out the coolest product I’ve ever worked on because there were a lot of them. In life outside of pro audio, it would have to have been working on the original flip phone, the Motorola MicroTAC. Within the audio industry, my time at Shure was really fruitful and we launched a number of game-changing products and product lines, such as Shure’s first UHF wireless microphone system, its first personal monitoring system, and the company’s first consumer earphone family. That was a long time ago, and Shure has introduced many more products since then, but I would like to think that I played at least a small part in creating the strong foundation that Shure continues to build upon. More recently, as business line manager for pro sound at Bosch, it was rewarding to be part of the team that got EV back into MI in a big way with a range of powered loudspeakers—Live X, ZLX and ETX.

SCN: Our industry has been described as very much a “first-generation” enterprise, with many companies still guided by their original founders. How would you say this influences the company culture at Community?

SJ: As you know, Bruce Howze is Community’s founder, co-owner and chief technology officer. He’s well known within the industry and, in many ways, he’s the embodiment of Community’s brand personality. Bruce is an engineer, and engineers thrive on solving hard problems, often in novel ways. In Community’s case, this has resulted in a number of industry firsts that we’re very proud of, such as our M4, the first mid-range compression driver.

Bruce is one of the quiet mavericks of our industry. He enjoys challenging the status quo and is always looking for new ways to achieve better performance. I’d argue the same is true for Community. It’s in our shared DNA.

Kirsten Nelson is editor at large of SCN.