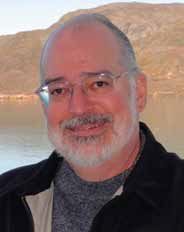 As AV projects become more extravagant, the ability to synchronize multiple channels of audio and video is critical. It’s no longer a matter of putting up a video wall, splitting the video feed across it, and calling it a day. Modern projects require full resolution on every display in that wall, whether there’s one or 100. And emerging 4K displays often require four separate 1080p video feeds just to drive a single panel or projector. Put a few of these side by side, and you’re talking about a lot of perfectly synchronized video.

It’s impossible for separate video players to operate at the exact same frequency due to variations in electronic components, temperature, etc. For example, one video player might be operating at 59.94002Hz while another might be operating at 59.93997Hz. This might seem like an insignificant difference, but this discrepancy will cause the players to get out of sync surprisingly quickly. Even a 0.005-percent error will result in them being off by a full frame after just 10 minutes. This would be disastrous on a 4K display driven by four video sources.

These days it seems like everything is connected using Cat-5 cable and ethernet signals. Indeed, this can provide an excellent control solution, and with enough care can also sometimes distribute video. But don’t count on it to synchronize your videos!

To date, there are simply no devices that can synchronize their AV clocks with adequate precision over an IP-based ethernet connection. Instead, “network synchronized” players periodically monitor each other’s playback position. When the drift becomes severe (usually a few frames), they react by skipping or repeating frames. This is simply not good enough for large-scale synchronized displays. The lack of true synchronization will be obvious.

How to solve the problem, then?

It just requires two things: video playback devices that are perfectly synchronized, no matter how many are needed, and a controller that is synchronized to these sources.

That second item may not be as obvious as the first, but it is essential. The control device that starts video playback needs to be aware of the frame rate of the players. Otherwise there is the danger of one video channel receiving a command—no matter how quickly transmitted—just before the frame boundary, while another player receives it just after. The commands might arrive within a nanosecond of each other, yet the videos will be a full frame out of sync.

Players can’t respond to commands instantaneously. Each player must have adequate time to receive and process the command. To guarantee sync, video begins on the next frame edge. To make sure players have sufficient time to do this, the controller must send the command at a known time relative to the frame clock—a spot that maximizes the player’s time to process it and get ready to begin playing. And of course once the players are started, they need to stay in sync.

The solution is to use Genlock. Rather than letting video players generate their own individual clocks, the video players must slave to an external device called a video sync generator. The controller also slaves to this same clock. Genlock sync is a vital requirement of every video source and every controller.

One company that specializes in solving this problem is Alcorn McBride. Since 1986, every controller and video player manufactured by the company has included Genlock sync inputs, and the controllers are intimately aware of the players’ performance capabilities. Precise video sync is guaranteed, no matter how many players need to be synchronized. This includes its latest player, the Carbon 4K, which uses four independent 1080p outputs to create a perfectly synchronized 4K picture at up to 60 Frames per second. And multiple Carbon 4K units can be synchronized using exactly the same technique.

As video systems grow larger and resolutions increase, the need for precise synchronization becomes ever more important. Avoid synchronization problems during the design phase by making sure you design your systems using players and controllers with dedicated video sync.

Steve Alcorn is an entrepreneur, engineer, inventor, author and teacher best known for his involvement in the theme park industry. He founded Alcorn McBride in 1986

Scott Harkless joined Alcorn McBride in 2002 as a member of the engineering staff, and has been involved in designing the company’s products for the past 10 years.